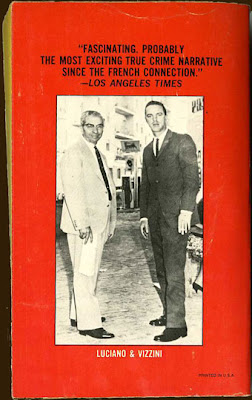 Hollywood is a business of imagination, and it must mercilessly tub-thump that imagination in order to stay in business. It always ends up once step ahead of the audience, no matter how bad the movie.

Last weekend, the Writers Guild of America handed out their best screenplay awards.Â  Argo won for Best Adapted, and Zero Dark Thirty for Best Original.Â  Both movies are inspired by real life political events in the recent American past, and have each garnered writing noms for the Academy Awards.
Argo is about the CIA and Hollywood secretly collaborating to finance a fake Hollywood sci-fi epic as cover to rescue Americans hiding out in Iran during the real-life 1980s hostage crisis. The movie is based on a Wired article by Joshuah Bearman, “Escape from Tehran,” and a memoir by ex-CIA agent Tony Mendez, The Master of Disguise, which character the director/star/activist Ben Affleck plays without much disguise other than a dark beard and cigarette habit.Â  Tony Mendez has been making the interview rounds plugging the flick, and appeared on stage at the Golden Globes.Â 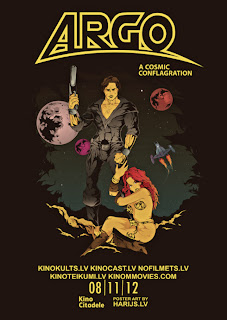 Â
Like Argo, Zero Dark Thirtyalso treats the political thrills of a CIA mission in the Middle East, recounting the U.S. government hunt for Osama bin Laden, who is referred to in the espianogese of the movie as â€œUSL.â€Â  The filmmakers claim to have relied on source material documents provided by the real-life CIA, and the opening sequence credits list a script â€œbased on firsthand accounts of actual events.â€Â  Regardless, the Writers Guild awards the movie â€œOriginal Script,â€ and Zero Darkcontends likewise for the golden statuette. In other words, the producers did not option the CIA documents and no fees were transacted, and though government docs are nodded to as the basis of the movie, in the Oscar voting scheme the script is not eligible as â€œadapted.â€Â  Rather, it is â€œoriginal.” 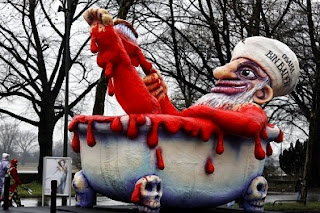 Â
Zero Dark scripter Mark BoalÂ spoke with numerous military and intelligence officials, and claims â€œI donâ€™t want to play fast and loose with history.â€Â  If a writer does not want to play fast and loose with history, the writer should pen a script not based on true events.Â
Zero Dark is noted for the stylistic absence of typical Hollywood bells and whistles, and lauded for its in-the-trenches verite of counter-terrorism.Â  The blunt hand-held docudrama finesse adds to the â€œrealism.â€ Â Otherwise, the movie might risk audience incredulity, and it would be in bad taste to make a conventional Hollywood thriller based on the assassination of bin Laden so soon after it happenedâ€¦Â  Still, right after Abraham Lincoln was shot, U.S. bookracks offered numerous portrayals of the life of the man and the narrative of the murder. 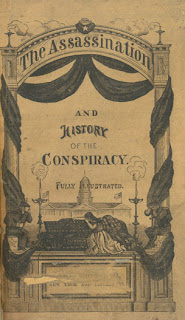 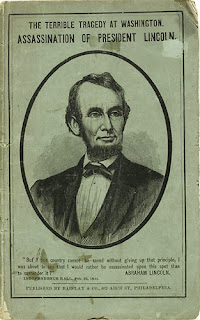 Argo offers no pretension of hardnosed actualism, and is proudly gussied up in the make-believe world of movies.Â  Its ad campaign makes a joke of verisimiltudinous sources: â€œbased on a declassified true story.â€Â Â Thus the filmmakers are free to grab-bag the hamfisted gimmicks audiences have been gorging on for years, like the flawed but determined hero stonewalled by bureaucracy; intense airplane runway chase scenes; the overarching emotional motivation towards an estranged young son.Â  A full-fledged cast of supporting actors like John Goodman and Richard Kind rounds out the flat flick, and auds, critics and the industry are ready to be swept out of captivity by the Argonaut.
Â Â
While the Zero Dark camp touts faith to the facts, the CIA is now disclaiming the veracity of the movie in regards to the primacy of torture in how bin Laden was found and killed.Â  So Zero Dark is made up? United States Senators of bicameral persuasion want to know, and are putting the CIA under the hot lights.Â  â€œIn your December 21, 2012, statement to CIA employees regarding the film, Zero Dark Thirty,â€ Congress inquires in a letter to CIA Director Michael Morrell, â€œyou state that â€˜the film creates the strong impression that enhanced interrogation techniquesâ€™ were â€˜the key to finding Bin Ladenâ€™ and that this impression â€˜is false.â€™â€Â  Either way, the CIA resists producing the docs for Congress because such move might be tantamount to admitting the CIA indeed tortured prisoners, after so much to the contrary has been bandied about.
Read here the correspondence between Congress and the CIA. 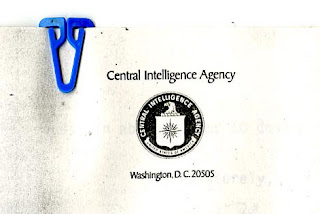 While the Obama administration cites a legal memorandum on the viable assassination of American terrorists by drone strike, it likewise denies and deplores the tactic of torture to gain information.Â  Those who end up as targets of drone strikes have expired as sources of information.Some veterans of the war on terror cite the local library as a ripe uncomplicated source of actionable intelligence.

This is not the first time a story based on historical figures has been nominated for Best Original Screenplay.Â  In 1936, The Story of Louis Pasteur won best original script, without citing a source text, as did Patton in 1971, by Francis Ford Coppola, about the WWII General.Â  The industry precedent with Zero Dark Thirty is the use of uncitable secret documents, without a Freedom of Information Request or purchase price, as if the CIA just felt like doing the movie business a favor.

The New York Post reported that actor James Gandolfini, who plays a thinly-veiled CIA Director Leon Panetta in Zero Dark, sought forgiveness for the portrayal. â€œâ€¦ Anticipating that Panetta would not be impressed with the how he was going to look on screen, Gandolfini has said, â€˜I sent a note to Leon saying, Iâ€™m very sorry about everything. The wig, everything.â€™â€ 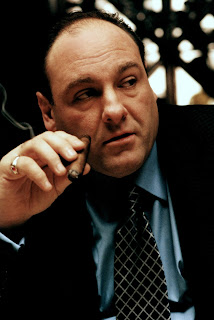 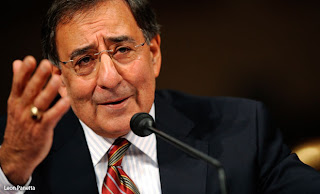 Both movies have been getting ink.Â  Argo has won numerous pre-Oscar awards, including Golden Globes and the Guilds for Director and Producer, while Zero Dark has attracted the quidnunc of Senators Dianne Feinstein and John McCain, who are disturbed by the seeming misinformation by which Zero Dark scrapes drama from post-9/11 manhunts and alleges to inject the script with factuality, that bin Laden would not have been nailed without the use of torture like waterboarding, beatings, and folded up and shoved in a box.

Zero Dark either invented the torture scenes or augmented what was described in CIA docs as “coercive interrogation techniques.”Â  The Senators state concern that â€œgiven the CIAâ€™s cooperation with the filmmakers [of the film Zero Dark Thirty] and the narrativeâ€™s consistency with past public misstatements by former senior CIA officials, that the filmmakers could have been misled by information they were provided by CIA.â€ 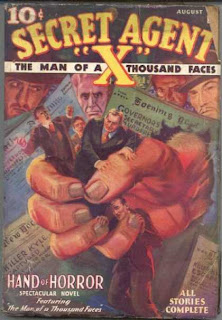 During recent hearings conducted by the Senate Intelligence Committee, John Brennan, who is Obamaâ€™s nominee to next head the CIA, â€œtold the committee that he and other White House officials met with filmmaker Mark Boal on June 30, 2011, for an unclassified discussion â€˜on how White House officials viewed the opportunities and risks associated with a film about the raid that killed bin Laden.â€™â€ 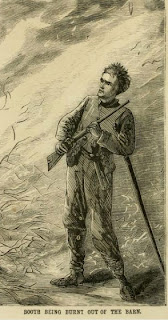 Hollywood looks out for its own, and never fails to create new twists on the relationship between reality, imagination, and the business of the two.Â  As Argo depicts collusion between Hollywood and the CIA, so does Zero Dark show a gladhanding between the movie biz and secret intelligence. Argo is a business model, and adapted; Zero Dark is rogue, and original.Â  The CIA and Hollywood are by nature deceptive, wily, mysterious and shamelessâ€¦.See you on Oscar night â€“ Future Use will be marking the ballot sheet with Angela Lansbury and Paul Schrader at Cinema Bar on Sepulveda Blvd. in Culver Cityâ€¦.